An animated film, not really suitable for all audiences, has chosen for its soundtrack the rare spoken narrative moments in a selection of rap and hip-hop records. By borrowing to shadow play, by setting the action in many backgrounds coming from an anthology of contemporary architecture, the panels come to life and turn the colourful stories being told into a stylised show. 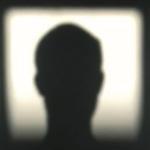 The man who alone arouses all the sounds in this film, which is named after him, used to manipulate magnetic tape and 16mm film within a trio called Cellule d’intervention Metamkine. The black...

An animated film, not really suitable for all audiences, has chosen for its soundtrack the rare spoken narrative moments in a selection of rap and hip-hop records. By borrowing to shadow play, by...

Patches of light in the night, little bright spots in the darkness of the screen let us catch a glimpse of a boat, a fisherman or a bird. The music spreads out, just like the horizon or the surface...

The Blue Note Records label launched the most famous jazz musicians of the 20th century. The film recounts this story and weaves a thread between these artists and the current hip-hop figures. The...

Rameau, who was nicknamed Euclid-Orpheus by Voltaire, made his debut on stage quite late, at the age of 52, for the first performance of his opera-ballet Les Indes galantes. This musical form was new...

In Paraguay, in Nueva Germania, two brothers (or twin brothers, maybe?) are the only descendants of a utopian community imagined by Wagner and founded by the husband of Elisabeth Forster, Nietzsche's...

One might say that the grain of granite is the visible side of a mystery emanating from a child. That the grain of Pat Collins’s film is the device distinguishing fiction from archive footage,...

The scientific observation of a cave turns into science-fiction. A levitating meteorite seems to back this hypothesis. It becomes even more obvious with the acoustic measurement of the place....

This film immediately conjures up memories from art history. A character is standing still before a landscape with a river running through it. Do we have to remember Mona Lisa, Étant donnés, or...

Keeping in mind the possibilities of theatre plays, operas or hörspiels (radio dramas), Laura Haby - after we are met a forest ranger, some children, an inveterate liar - proposes a three-act drama,...