Without any indication of place or time, city and countryside alternate until a shot shows their limit, a perfect line drawn as if to schematise the world. Teenage bodies move and walk around in time blocks without perspective, in spacetimes at once thick and dilated, where life seems to recur without any chronology or plot. A large skeleton is lying in the tall grass, like a remnant of a forsaken rite with a masked sorcerer as sole officiant. The sky is heavy, charged with tension, all the movements seem to be slightly slowed down by the density of the air, condemned to confinement, without pain nor violence. On the sidewalk, a minimalist power duo (guitar/drums) is playing slow and dirty rock music for hardly anyone. With this first film, as captivating as a perpetual ceremony, Clemente Castor invents a new way of looking at adolescence. One might think of Gus van Sant, Hou Hsiao-Hsien or Weerasethakul, but not as influences, just to give an idea of the level of invention, of unveiling the truth of bodies and the puzzle that drives them. Pincipe de Paz establishes an nprecedented level of reality, a perception of life as the permanent initiation of the body into its exterior. It looks like limbo or urgatory, a vision of genesis or of the end of times, inherited from a long-forgotten cosmogony. It is as once sad, beautiful, hieratic and without pathos, free of any sociological or psychological comment. It is just our world, an indefinite piece of Central America, today. It is what it looks like for a young visionary director. (C.N.) 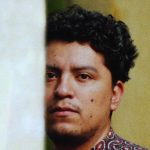