CREATURE WHERE ARE YOU GOING ?

The sun is blazing, so much so the landscape has been shaped by it: aridity all around. In this characteristic setting of the South of Italy, the film takes place in the late 19th century. In the middle of this desert, a woman peasant, the “creature” from the title, is mysteriously visited by a Saint who invites her to undertake a pilgrimage towards an unknown destination. The journey will be restless and the misunderstanding between the urging of the Saint and the narrow-minded comprehension of the women will keep amplifying the obstacles along her way. Understandably, the directors Gaia Formenti and Marco Piccarreda have chosen to follow the tradition of scathing comedy. More specifically leaning towards a fable and its stylisation, where beings and elements fall under the control of an implacable fatality epitomized by the sun leaving no trace of shadow. Although the connection with a certain Italian cinema is obvious, that of Pasolini for instance, we are ultimately struck by the lack of true conclusion. Everything happens as if the brutality of the schematism that grasps both beings and things was never softened by any final interpretation: the story unfolds without any explanation arising in the end, or any form of redemption: the events take place, follow one another, repeatedly. Under the sunlight, everything remains submitted to the bite of an icy and infernal eternity. (J.P.R.) 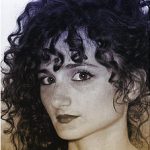 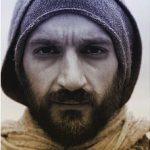