A whole film built around a single word: “Tamaran!” The first time we hear it is when Hinako’s father fulminates on the phone against a typhoon: “Tamaran!”, “unbearable!”. The word appears for the second time in the title of a book that a bookseller gives to a student who wants to read about “hometowns”: Tamaran Hill. The adjective has become a proper noun, both “really evocative and profound”, according to the bookseller. On the platform and then on the train that takes her back home, Hinako reads. The reading immediately starts to reflect her own life, sentences lead her back to her origins, to the past of her family, to her sorrows. Relating and representing this reflection through a bouncing game between sentences and shots – such is the challenge of the film, which is taken up through the most generous, bold and rigorous type of plastic and narrative inventiveness. Words are brought to life, the past is revived with a pencil in the whiteness that brings together image and page, and that turns one into the other. How do you go from a single word to a film? Through a book and its reading, then; but also, through the series of books in which Hinako tracks down the word “tamaran” and its polysemy. The Japanese novel Tamaran Hill inspired Tadasuke Kotani’s film. Its author, Seiji Kuroi, makes an appearance, as a writer who confides his guiding principle to the student: “characters are made of words. Words have their own vitality, warmth and power. Characters arise from the actions of such words.” Because Kotani has dared taking the writer to his word, the film is far from a mere literary adaptation – it is a madly ambitious and fully mastered attempt to translate literature into film. Because “translation is a form” (W. Benjamin), and Tamaran Hill’s director belongs to the rare species of the true inventors of form. His invention? An action film whose hero is a word. (C.N.) 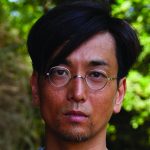