Sandlines, the Story of History

Sandlines was how the Sykes-Picot agreement was described, which laid the foundations for a century of outside interference in the Middle East and a history of violence that is still going on. It is the story of History that the famous artist Francis Alÿs tackles here, but from an angle that does not play with history, instead playing with its representation. In the hills around Mosul, Sykes, knee-high to a grasshopper, negotiates with a prepubescent Picot. Here, the Iraqi nation, whose identity is still fragile, is made up only of children, its people played by herds of sheep and goats.
We soon understand that Sandlines has chosen the semiological experience, playing on the various values of signs and symbols. The historical account is not primordial here, but rather its appropriation by a group of children mobilised to tell in their own way a story that they do not fully understand. And then there’s the multiplication of figurative forms: child actors, marionettes, symbols drawn in the sand and then trampled – or not – by the local sheep and goats. But History is not a system here. Alÿs gives the children free rein to misbehave, to infuse the story with its share of play, and he has no qualms about dramatising some of his actors as they rehearse. At stake here, mirroring the children’s capacity to appropriate a strange but enjoyable exercise, is nothing less than a community’s capacity to appropriate its own narrative. (N.L.) 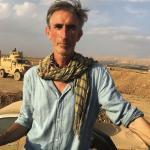 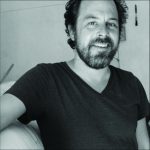