Birds’ Island? A small veterinary centre specialized in ornithology. Social services have assigned Antonin this job with the aim of re-inserting him into the work-force after illness and isolation, leaving him both unskilled and lacking motivation. He’ll be taking over for Paul, who will soon be leaving for retirement after years of raising mice to be fed to the centre’s predatory birds. Sandrine and Emily are both veterinarians; they take care of birds, in particular one traumatized owl who has to learn how to live again.
Just as in a Western, Antonin is new in town, acting as a guide to the spectator through whom our gaze discovers this peculiar archipelago. The binomial of directors patiently films the work and its assimilation, the passing on of a modest role and its acceptance. They sometimes use thermal or infrared cameras to capture what escapes human eyes from the animal world while also providing, along the way, one of the most striking representations of death. Death: Antonin must learn to inflict it to the mice he raises as well as to those birds found with plastic in their stomach: death is indeed integrated to the rhythm of everyday life; its acceptance is one of those steps leading to the return to happiness. Under the guise of simplicity, framing and rhythm flow, a multiplicity of openings is possible here: onto the world, onto transmission and healing, onto destruction and regeneration. In short: a school-island. (N.L.) 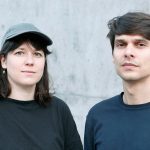