“I made Peaux de vaches (Thick Skinned) in 1988 while I was still young and sure of myself. The instincts and energy that launched the film were numerous but pretty basic. The film’s a bit the same. Strangely, the years have strengthened it. It hasn’t moved – the same flaws, the same qualities, just a little bit retro now. It might even speak more directly to audiences today, the depressed and desperate farmer, the wife stuck in her life with her unfulfilled desires – it’s still topical.
In the beginning, I really liked Westerns; for the opening, I copied slightly from Clint Eastwood’s The Outlaw Josey Wales. I hated most of the films shot in the French countryside, all those dramas with men in checked shirts and women in ill-fitting flowery dresses and they make love in the hay, and the soundtrack is sweetly quiet and full of birdsong. I wanted to show the modern countryside dissected by roads, lorries, slip roads to join the motorway, hi-tech agricultural machinery with deafening engines… I was in love with Stévenin ever since I discovered Passe Montagne, and I wanted to make a film for him.
Then, after endless versions, each one more fantastical, I came back to the original source, the history of two brothers, one a farmer on the verge of ruin and the other a baker, who hates the countryside and wants to get his brother out of there. After a heavy drinking session, they set light to the farm and a wanderer accidentally dies in the fire. Stévenin goes to prison. Ten years later, he returns. He’d taken the fall for his brother. We think he’s come back for revenge. And it becomes the story of someone who gives up his vengeance.
Through the man who returns, the desire was to show a modern, aggressive, violent countryside, and to channel all that families leave unsaid.
Everything became possible when Sandrine, who I’d met on Sans toit ni loi, said yes. Everything fell into place when, in Jacques Spiesser, I eventually found Stévenin’s farmer brother.”
Patricia Mazuy 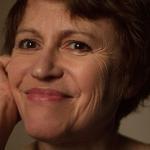