In The Middle of the City There Was the Desert

“In the middle of the city, there was a desert”, says a woman’s voice while the camera is filming rubble and heaps of rock through the fence of a construction site. The tone is set: for Joachim Gatti and Gaël Marsaud, the building site of la Plaine, an urban renewal (aka gentrification) project, means the destruction of a lively place in Marseille, the likely death of a shared piece of urban fabric. The camera alternates shots of the building site stolen through railings, showing both the ongoing wrecking and the effort to protect property investments, with lateral tracking shots of the surroundings of the square, revealing its new inaccessibility. Off screen, a woman is reading The Desert, a short story by Elio Vittorini, describing how a group of men realise that the city they think they inhabit is actually a dead city, already desertified, regardless of its apparent signs of activity.
It comes almost as a surprise not to find Tacitus’ quote, “They make a desert and call it peace”, as an epigraph to this pamphlet of a film. But it is only because, in all its strong opposition to the desertification of la Plaine, the film also documents the resistance to the project. On every wall, we can read graffiti and posters detailing the latest fights in Marseille: Zineb Redouane, police brutality in general… The desert awaits, but it is not yet victorious. (N.L.) 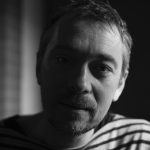 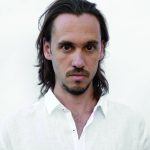