Connect several vessels at the bottom, pour liquid into one of them and the liquid will flow between all of them until it reaches the same level in each. This is the principle of communicating vessels. For Maïder Fortuné and Annie MacDonell, it’s an image of life seen as the current of thoughts, emotions and influences, good or bad, that flows between people, passing from one to the other, forming them and deforming them, connecting them in a shared future. It’s also the form and the allure of a film that invents circuits that totally ignore the “one way” signs between the various elements of which it is composed. A fiction without a model and an eulogy to the model-less, Communicating Vessels opens with the dissociated face split into two of an art teacher who describes her overwhelming relationship with E. a student unlike the others. The narrative then continues off-camera, with shimmering shots of a succession of training workshops whose gestures are taken from three famous performances from the 1960s and 70s. Fortuné and MacDonnell, both artists and teachers themselves, either guide the actions or are subject to the performance. No role models are set up, no speeches are given – on the contrary, this eulogy to transmission, to remaking and abandoning, is the illustration by example of a feminist stance for teaching and practising art. In other words, the teacher-pupil relationship as a very serious game of mirrors, somewhere between a Mobius strip and an ice palace, whose intimate truth is the momentum – troubling for what it unmasks – that it causes on both sides. (C.N.) 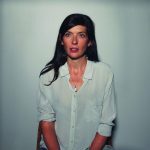 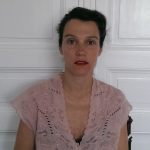