The film opens with the word “us” in italics, for everyone to define for themselves. The sole mission of Northern Range, like any authentically political film, is to seek and invent this “us”. It’s both its theme and its passion.
It’s firstly the portrait of an area, France’s north coast between Dunkirk and Calais, where Olivier Derousseau lives and works: ransacked landscapes, port installations, plumes of smoke from the chimneys of petrochemical facilities, blown by the wind… It’s also a musical suite in five parts, a kind of minimalist blues lovingly composed in memory of time and people that have disappeared: the constant bass of juggernauts on the motorway, the percussion of the wind in the microphones, all the world’s sounds blending into a repetitive guitar thread. And it’s a melancholy meditation on the stuff of days, the flesh of the future, on irretrievable erasure and the traces waiting and hoping to be saved. Because time erases what people destroy – in Calais, for example, what remains of the makeshift city known as “The Jungle”, built for and by refugees? Snatches of conversation that describe disappointed hopes; two figures in a photo; the traces of bulldozers… and soon, nothing at all. But how can we combat this? Through artistic work, replies Derousseau, but from what remains in him of the working class. We’re in a house, and the filmmaker and his companions are at work: traces are gathered from the vast outdoors, actions are recorded in the light among the flowers. Faith is required… faith that despite the hell outside, this labour of love can portray a paradise… but only on condition not to gather the flowers, but to reap the passing of a ray of sunshine on the petals; not to gather flowers, but nevertheless to arrange a bouquet, to gather one’s thoughts and mourn. Because – the ultimate wonder – it’s by addressing a dead person, a fellow worker now deceased, that the director adjusts the traces, bringing the film together like a bouquet of flowers left for all the dead, the forgotten and the expelled from this earth. Northern Range is their Passion, the inscription of “traces that resemble us”, as Leutrat said about Godard’s film. From flowers to mud, from thundering juggernauts to whispering waves, the enigma of this resemblance is overwhelming. (C.N.) 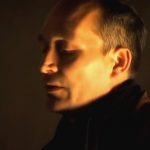 SPECIAL MENTION OF THE GRAND PRIX OF THE INTERNATIONAL COMPETITION