With Green Thoughts, young director William Hong-xiao Wei takes us on a journey under the auspices of Emily Dickinson’s world. Early in the film, we catch a glimpse of a volume of poetry, by way of a clue, and then we hear the mysterious verses of the poet: “It was not Death, for I stood up, And all the Dead, lie down It was not Night, for all the Bells Put out their Tongues, for Noon.” The dying love between two young women – one writes, the other takes photographs – are an opportunity to immerse ourselves in image, time and sensations. When the writer asks – as if to us as well – “where are we?”, the young photographer answers: “somewhere, in the world”, and then adds: “somewhere, in the past”. Out of this indiscernible time, a floating world emerges on screen, all made of sensations, a slow and melancholic whirlpool in which Nature is ubiquitous: wind, sea, trees, plants. An openly dreamlike drift, composed of serpentine undulations of various scenes, all shimmering, throwing words at colours and sounds, and steeped in a work at the heart of matter, multiple and kneaded. A haunting journey through memories and fantasy, in between dream and sleep – what we catch, what we grasp, what remains – composed like a bouquet, just like all the flowers that brighten the film. A mediation, as suggested by William Hong-xiao Wei when he quotes Roland Barthes in La Chambre claire (Camera lucida), about the weaving of images and time, loss and grief. (N.F.) 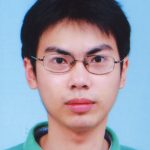