Let the Lights Move Away

For years, Rapa has been living on his own in a cabin in the mountains in the middle of a forest. Javier Favot, a friend from their teenage years, spends months alone filming Rapa’s life in the wild. An intensified attention lights up as these two solitudes rub shoulders. Attention, firstly, to everyday objects, materials and movements, heightened by shots whose off-centre pictorial quality tracks down the beauty in the details. Attention, then, to the stuff of the present, to time that passes and then stops passing, blocked by resurfacing memories. In his friend’s wake, the filmmaker conducts an anti-Proustian experiment: what’s experienced is not the resurrection of the past as a result of the sensations it recalls, but the return to a lost time that comes to haunt the present, affecting and changing the solitary perception of the world. The crucible for this experiment is a photograph – the portrait of a group of friends on the doorstep of a house. A shared happiness, a paradise lost, its still image exuding a charm that casts the film adrift on a nocturnal journey streaked with apparitions: a one-eyed horse, a fire in the mountains, Joy Division’s atmosphere not as the music of paradise but rather the soundtrack to its loss. “Don’t walk away in silence”, sings Ian Curtis. Although the image-strip of happiness does eventually come back, the silent radiance of smiles and glances does not herald its return. Let the Lights Move Away – the advice has a dual meaning: accept the dark side of the present and let go of the gleam of things past… (C.N.) 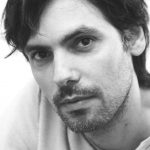 Pauline Bastard What is political rhetoric? How is a word embodied? How do we establish a listening ear? These are all questions at the heart of so called politics. And just as decisive, who is...