Counting, walking, getting lost, then dissolving into the landscape. Such is the movement in which Elsa Brès involves us in Sweat, a film shot in the Mississippi delta. At the very beginning, at the pace of a walker, the mischievously incomplete count of steps, captured in fragments. A scansion that is both a recollection of the first mapping of the delta (as suggested by the outfit), and an elementary impulse to measure the world. An opening gesture that the film quickly erases to better go with the flow, drift, and immerse us into the meanderings of the river, between flood tides and overflowing. We drift from one nameless place to the next, following tributaries, through a luxurious nature, bearing scars of human presence and exploitation, like the gigantic oil complex we catch a glimpse of. Through this both sensorial and mental journey, between yesterday and today, while alluding to fruitless fights to try and tame the elements (flood, swarms of insects), the film gives prominence to brief encounters, either with men or animals. An invitation to let ourselves be absorbed into the very matter of a space with unstable contours, made of indecisively drawn banks, like so many convergence lines. Thus, Sweat draws the passage from a charted area to the shapeless, from the ridged map to the smooth space, to borrow Gilles Deleuze’s words. And here we are, plunged into an environment teeming with the noise of its inhabitants, rustling like so many cautionary news about the excesses of a delta that is lived-in, oozy, sweaty, as indicated by the title, like a body, a living organism. (N.F.) 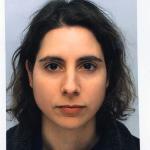