Almost all of public space is under surveillance: this is now a firmly established commonplace. The eyes of technique are constantly and undiscriminately recording landscapes and unfolding action. With this tribute to Jean-Daniel Pollet’s famous Méditerranée, Jean-Marc Chapoulie imagines making a film devoted to such « sea of the midst ». A film based on montage, this time, gathering views (the way one would speak of « Lumière brothers views »)
found on the internet from strategically placed surveillance cameras facing the mediterranean sea all along its north and south shores: at hotel peaks, beaches, along the coasts, harbour zones, and so on. Well-accustomed to bricolage with images found here and there, Chapoulie decides to alter these shots: he changes their colour, plays with the sounds he adds. He also lets three o -screen voices be heard. His own, as the father of a young boy whom he engages in dialogue with about the images before our eyes: a free commentary on their nature, their uses, their value, a humble pedagogy of the gaze upon today’s possible cinema. Yet another voice is to be heard, Nathalie Quintane’s, a writer he conceived

this projet with (presented at FIDLab2017) right at the outset. Unlike a family exchange, there is no mimicking of any orality at all in this one; and no familiarity is allowed to cut through. Conversely, she traces a path with thoughts about migration, domesticity, and dwelling. As Jean-Marc Chapoulie sums it up, we
are invited to a « journey on a sea of words, where images are struck so as to question a part of that incoherence we live with. » (J.P.R.) 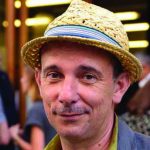 GRAND PRIX OF THE FRENCH COMPETITION

Daniela Seggiaro Although the so-called “conquest of the Chaco” supposedly came to an end at the beginning of the 20th century, it continues today in hidden forms. Daniela Seggiaro, a native...