“Right in the middle of the desert, Amine is running. Carrying his fortune, with the police on his heels, he chooses to bury his loot in a makeshift grave. When he is released from prison, the arid hill has become a place of worship, where pilgrims crowd in to venerate the person who is said to be buried there: the Unknown Saint. Now Amine has to settle in the village and to come to terms with the inhabitants, without losing sight of his main goal: to get his money back.” This is how young Moroccan director Alaa Eddine Aljem introduces his first feature film. It doesn’t sound like a tragedy, and indeed, it isn’t: The Unknown Saint brilliantly combines the tradition of burlesque with a social depiction whose contours are overtly minimalist. The setting is stripped back to the bare bones, there are only a few characters, the situations are unequivocal, the psychology is basic: the economy of means at work here is striking. As if the film was showing that, beyond the fable it so elegantly unfolds, the real treasure at the core of the story is none other than the grace of a cinema that is guided, first and foremost, by the necessities of conviction.

Born in Rabat, Morocco, Alaa Eddine Aliem studied cinema at ESAV Marrakech, and completed a Master’s degree in filmmaking, production and screenwriting at INSAS Brussels. Alaa worked for cinema and television as a screenwriter and assistant director, before he created with Francesca Duca Le Moindre Geste, a production company based in Casablanca. Alaa directed several fiction shorts, including Les Poissons du Désert (2015), winner of the Best Short Film Grand Prize, Critics’ Award and Best Scenario Award at the Moroccan National Film Festival, and selected in many international festivals. The Unknown Saint is his first feature the film, a French-Moroccan coproduction, shot in Morocco. The film was selected at the 58 International Critics’ Week in Cannes. 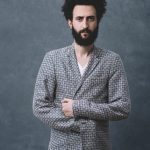 50 years after its first release, Easy Rider returns in its original, uncensored version. Time Magazine called it one of the most important films in the 20th century. A masterpiece of counterculture,...

Salomé gets a summer job in a junkyard somewhere in the country side. Under a western sun, straight from a western in this place in the back of beyond, her teenage rebellion springs up. From...

The Sahrawi people are waiting in vain for the referendum on self-determination promised by Morocco in 1991. The film was created during that long wait, with Sidahmed, who is tempted by the...

Placing Les Amours d’une Blonde here at the festival’s closing is our way of saying goodbye to Miloš Forman, who recently passed away. It is, above all, a way of showing, as you have certainly...

In order to confront the ghosts that haunt him, Palestinian director Raed Andoni organizes a casting for actors and construction workers. Just like him, they all have been detained at some point at...

When his hairdressing salon is demolished by the local council, Roméo must find a new location. He moves in a dilapidated shack, but dreams about opening a salon worthy of a real hairdresser one...

When an artist, Mathieu Amalric, films another artist, American music genius John Zorn, a saxophonist, clarinetist and composer in a class of his own, with a wide, free and generous career. Actor...

50 years after its first release, Easy Rider returns in its original, uncensored version. Time Magazine called it one of the most important films in the 20th century. A masterpiece of counterculture,...

“Right in the middle of the desert, Amine is running. Carrying his fortune, with the police on his heels, he chooses to bury his loot in a makeshift grave. When he is released from prison, the arid...

At FID (2016) we discovered Je rey Dunn Rovinelli’s first film, the unsettling Empathy where we were invited to follow the enigmatic Em, a young sex worker, from New York to Los Angeles. Here Je...