In the opening sequence, a young man smokes a cigarette in front of a plane moving slowly to depart. Drop by drop, the rain keeps falling, thicker and thicker. From his bed, the young man wakes up in his small room in Taipei, a city where it always rains. In a broken mirror he looks at his face: he’s not young anymore, but not old enough; in a few months, he will turn thirty. To make a living, he has to accept small jobs here and there. Most of his days however are spent wandering around the district of Wanhua, a black hole in the city attracting all sort of people without a goal. On the street, banners are ready for the upcoming presidential election. It’s an important moment when the country will have to choose its relationship with China. In the middle of a huge crowd, the young man recognizes a girl. She is an old girlfriend with whom he broke up ten years ago. This brief encounter triggers a subtle vibration within himself: before he turns thirty, he wants to make a movie about his own hopes. But is he able to change?
Chun-Hong Wang 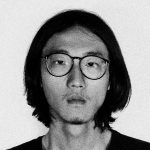 Like every night, the sun is setting over Beirut. Nour leaves her home to join friends gathered in an apartment. As the last rays of light disappear in the sky, layers of sounds echoing traces of...

After the return to Europe of Columbus’ first expedition, two Eyerís Indian twins named Bohique and Guaba arrive in Spain using the technology of foreign ships, being the first American to set...

What does the waitress at the Haebangsan Hotel bar in Pyongyang dream of while her customers wander the streets of the city? Having just turned 30, can she still hope for a better life? She, who...

Oana Pfifer, a young therapist visibly distracted by some unknown reasons, is slipping little by little inside the net of the questionnaire she is supposed to submit toher patient. Mihai Dumitru,...

I Look Like My Mother follows Amina Maher’s courageous journey to free herself from the constraints of norms, taboos and traditions. Her coming-out as a trans woman is her rebellious stand against...

One day, Haru (25), who works as a bookstore clerk, reunites with Takeshi (45), whom he first met a few years prior, when he stopped him from jumping in front of a trian. Takeshi offers Haru a job....

Laos, 1866. Hirondelle d’Or, a mysterious spy, follows closely the Mekong exploration mission led by Captain De Castel. As the expedition moves deeper into the country, the young woman and the...

Just before Covid-19, The Christmas Card follows the Wilsons, a sprawling Southern American oil family, on a morning when they have planned to take a picture for their annual Christmas card before...

Echo will be a feature length documentary exploring the animal consciousness through the ultrasonic echolocating world of bats. It will also look into the field work of biologists who seek...