Otto Meiling is the German alpinist who manufactured the first skis and contributed to establish the biggest ski resort of Latin America in Patagonia, Argentina at the beginning of the 20th century.
Carlos Echeverría is a film director that started a documentary about him but did not finish it for dark reasons.
Esperanza is the current under-20 national ski champion and during her training she meets Miguel, a ski lift operator. Through Miguel’s eyes, we discover the world of the people who work there so others can practice the sport of skiing. Most of the workers are Mapuche descendants and have never skied. The relationship between these characters shows the hidden universe of labour relations that are generated during the ski peak season.
Manque La Banca 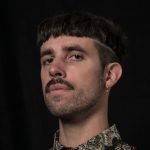 Every night, the sun sets over Beirut. A group of characters starts to slowly emerge, taking us through the nocturnal landscape. As the last rays of light disappear in the sky, layers of sounds...

Two indigenous Eyeri twins embark on the Pinta, returning to Europe after Columbus’ first voyage, with a mission: to inseminate the land of foreigners. The plan is simple: some must die and turn...

Based on real-life events, Presidente deals with the dark story of María Estela Martínez de Perón, the first woman in history to be president of a republican country, and teh second spouse of Juan...

What does the waitress at the Haebangsan Hotel bar in Pyongyang dream of? At 30, can she still hope for a better life? Yet she lives in Neverland, the Lost Children’s dreamland, where a little girl...

Oana Pfifer, a young therapist visibly distracted, her younger brorther Mihai Dumitru, is worried about his anniversary, her husband Septimiu Pfifer,concerned by a possible contamination with...

In search of the creation of an autonomous body, trans woman director Amina Maher retraces the trauma buried within the relationship with her mother, with whom she performs in Ten by Abbas...

One day, Haru (25), who works as a bookstore clerk, reunites with Takeshi (45), who was about to throw himself on a station platform but Haru in junior high school stopped him. Takeshi offers Haru a...

Henri De Castel defies fate by taking command of the Mekong exploration mission. He will meet Hirondelle d’Or and will not see France again. Odile and her daughter Marie, 150 years later, explore...

Set just before the dawn of Covid-19, The Christmas Card traces a sprawling American oil family on a morning on which they plan to be photographed for their Christmas card. While the family,...