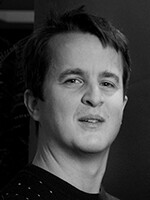 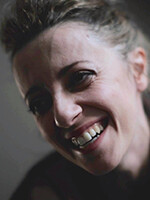 Benoît Roland has been working in the film industry for more than 10 years as a producer. He graduated from the Louvain School of Management and he followed a MBA at the NYU Stern School. He is also EAVE 2010 graduate.
In addition to being founder of Wrong Men, he is co-founder and director of Atelier 210, a performing arts venue in Brussels programming emerging talents since 2004. He is also the co-founder, with Nabil Ben Yadir, of the production company 10.80 Films, they have recently released Patser by Adil El Arbi and Billal Fallah. Patser has broke every box office record in both Belgium and The Netherlands.
Benoît coproduced features films such as: Xenia by Panos Koutras, Un Certain Regard Cannes 2015; Prejudice by Antoine Cuypers, IFFR 2015; Parasol by Valéry Rosier, San Sebastian and Busan 2015; Pilgrimage by Brendan Muldowney, Tribeca 2017; Good Favour by Rebecca Daly, TIFF 2017; The Hole in the Ground by Lee Cronin, Sundance 2019; Lola by Laurent Micheli, Rome 2019; Annette by Leos Carax, Cannes opening film 2021; The Sea Ahead by Ely Dagher; Rien à foutre by Emmanuel Marre & Julie Lecoustre. He also coproduced the short films Betelgeuse by Bruno Tracq, Palm Springs 2017; Little Hands by Remi Allier, Telluride 2017, awarded a Cesar in 2019 and shortlisted for the Oscars; Lucia en el Limbo, Cannes’ Critics week 2019 and the documentaries Clear Years by Frederic Guillaume, IDFA 2016, Wrong Elements by Jonathan Littell, Official Selection Cannes 2016; Inkotanyi by Christophe Cotteret, FIPA, DOK Leipzig 2017; My voice will be with you by Bruno Tracq.

In the small arena of the training centre, patients and carers simulate consultations in a highly realistic way, after which the «fake» care recipients express to the «real» therapists what, in their words, looks and gestures, has affected them. Can benevolence be taught ? This is the challenge of these simulation sessions.

Gabriel Laurens, fifty years old, is a «private investigator». When his fifteen-year-old niece Jade comes into his life and asks him to investigate her father’s death, the detective is confronted with memories he thought were buried forever. Confronted with the ghosts of his past, Gabriel Laurens finds himself caught up in a strange investigation involving pretense, fantasy and drug trafficking.

Between Brussels, Kinshasa and Lubumbashi, Augure borrows from magic realism to paint a portrait of « undesirables » and « sorcerers » through the intertwined stories of protagonists of different genders and generations, confronted with the prejudice and suspicion of those around them.