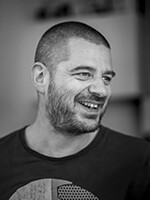 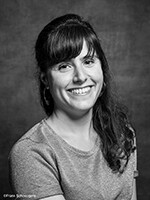 Hélicotronc is an audiovisual production company created in 2002 by Anthony Rey. Joined by Julie Esparbes in 2008, the company has produced nearly a hundred films, from short to feature and fiction to documentaries. Most of these films have been widely presented in festivals and on television.
Eclectic, human and dynamic, Hélicotronc develops and produces numerous projects, without frontiers of genre or format, and marked entirely by an author’s vision of the world we live in. These films are often the result of long-term relationships between directors and producers.
Worthy of noting are the multi-awarded short films such as Le cri du homard by Nicolas Guiot, César and Magritte for best short film in 2013, L’ours noir and Le Plombier by X. Seron and M. Fortunat Rossi, Magritte for the best short film in 2016 and 2017, and recently the feature film Une vie démente by Ann Sirot and Raphael Balboni, released in Belgium and France in 2021.
The series La trêve by M. Donck, S. Bergmans and B. d’Aoust, broadcast in 2016 (season 1) and 2018 (season 2), winner of the best French-language series award at Series Mania 2016, has met with widespread critical and public acclaim, broadcast in more than 80 countries, notably via Netflix. The second season aired on RTBF in 2018 and was widely broadcast around the world from 2019. In 2021, the same authors are shooting a new series entitled Des gens bien, the first co-production between RTBF and ARTE.

In the 90’s, Géraldine de Castel is a bright and athletic young woman full of love. Her grandfather’s death and disputes about the inheritance leave her wealthy family vulnerable. Her fiancé, Vincent Marnie, turns out to be a manipulative con man. Stripped of all their money, Geraldine and her family are in for a real descent into hell. To save herself and her family, Geraldine must rise up and find hitherto the untapped resources within herself

Somewhere in Europe. A small transport company. Andrès is a truck driver. Deliveries follow one another. The goods weigh down on his body. A rat race for profit. Andrès accumulates hours. The schedules that govern his work constrain his life. Before his very eyes, the landscapes marked by the flow of ever-moving commodities pass by. Andrès knows that he is part of a system that exhausts the men who work to make it operate – a system that exhausts itself.

My friend Kirill, 34, seeks love but doesn’t find it. To live the ideal romance, he escapes into an imaginary life. He becomes, through his drawings, a vailant knight who declares his love to the princesses of his dreams. A famous rapper in his room, in front of his fans. But Kirill has down syndrome and reality always brings him back to this difference. Years go by and he is looking for his place in the real world. Through our conversations, I accompany my friend in his quest for love and ideal.