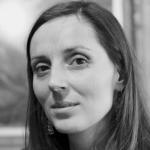 Feature film • Directed by Andrey M. Paounov • Post-production
Portokal (Bulgaria), Terratreme Filmes (Portugal)
Somewhere in the Balkan Mountains, five men are stuck in a snowstorm.
To reach town they are obliged to cross the woods, but that’s insane in the midst of winter: the road is snowed over, you can get lost and freeze, the wolves are hungry and can be heard howling all night long… Still, early that morning, Petar Motorov, must have harnessed his magnificent sleigh and headed to town. Nobody saw him leave, but the falling snow still hasn’t erased his tracks. But when the sleigh returns, Petar Motorov isn’t on it. In fact, no one is: there’s just a fur coat, a shotgun, the frozen carcass of large wolf. What has happened to him?

Feature film • Directed by Stefka Mancheva • Development
Portokal (Bulgaria)
A twelve-year boy commits suicide in a small provincial town. In his farewell note, he says he took his life because he received a failing trade on his math test. Still, the adults in town are bent on finding a reason, an external thread, that would make sense of the boy’s death. While they create the mythical culprit — an incompetent mother, a serial killer — the teenagers in town keep living as they know best, in the adults’ blind spot.

Feature film – Directed by Ivaylo Mnov – Development
Portokal (Bulgaria), Morning Glory Film (United Kingdom)
When a lonely salesman chances upon a comatose teenager, their meeting creates an electric energy with the power to heal. Hailed as a messiah, the salesman becomes unwittingly involved in a scheme to rip-off his followers. Can the salesman put things right before it’s too late to save the boy’s life? Electricity is a fairytale meets dark comedy in a post-socialist world where happy-ends are not what they seem.