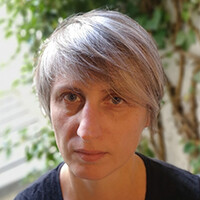 Carine Chichkowsky and Guillaume Morel founded Survivance in 2010. The two were bound by a common desire for «another» cinema, one that does not respond in an overwhelming way to what the market would like to sell to us, but that speaks to those who wish to see it. The word is dear to us because it embraces the private and the political. From its foundation, Survivance has two main activities : producing and distributing art-house films on DVD and in theaters. It has produced about 20 films, which have been screened at the Berlinale, Locarno, Toronto, Rotterdam, and key documentary festivals. Among some of the recent titles, after its world Premiere in TIFF, The Other Side of Everything by Mila Turajlić won the IDFA Award for Best Feature-Length Documentary and more than 30 other awards worldwide.
Through its various distribution activities, Survivance showcases great names of documentary and fiction cinema, releasing films by by Apitchatpong Weerasethakul, Tsai Ming-Liang, Ghassan Salhab, Harun Farocki, Peter Nestler or Gilles Groux. It defends also young promising authors and introduces French audience to world filmmakers such as Koji Fukada, Kleber Mendoça Filho, Alessandro Comodin, Chaitanya Tamhane and Anocha Suwichakornpong.

Interview
Enter your search and press the enter key
Loading